The image of this pier is iconic around the world. It is always lit up and buzzing thanks to its food shops and aquarium, but especially thanks to Pacific Park, a magical amusement park that continues to captivate and charm its visitors as it has done for decades.

Another aspect of the pier that makes it so popular among tourists is the fact that it marks the end of the legendary Route 66, so many people come to take a picture with the famous sign.

Built in 1916 on the newly constructed Santa Monica Pier, Pacific Park had its boom in the 1920s but disappeared during the Great Depression. After being closed for several decades, the pier came back to life and in 1996 the park reopened to the public.

One of the park's most emblematic features is the wooden carousel that was built in 1922 and continues to work perfectly, delighting the young and the old with its colourful hand-carved horses.

Other of its attractions include the Pacific Wheel, which offers spectacular panoramic views of the area and is powered by solar energy, as well as the roller coaster that offers an unbeatable adrenaline rush, running at speeds of over 50 kilometres per hour.

One of the best times to visit the pier is at sunset, so you can enjoy the magic of the LA coast when it is tinged with tones of gold and the pier becomes a nighttime scene of lights and colours. 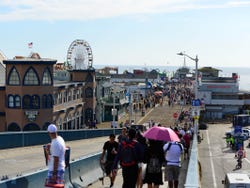 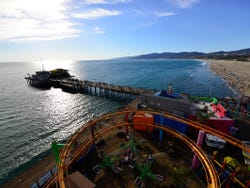 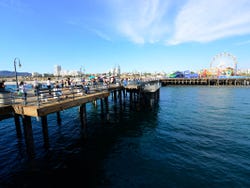 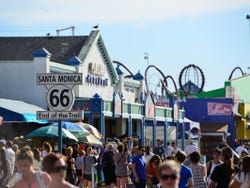 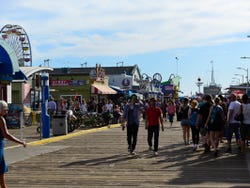 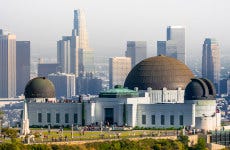 No rating yet
US$ 72
show all the activities