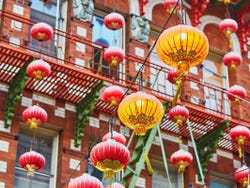 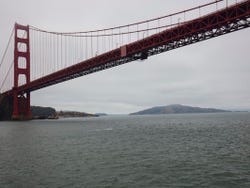 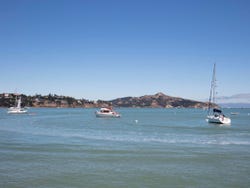 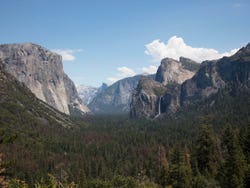 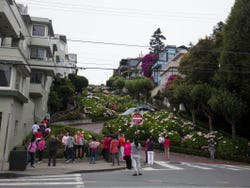 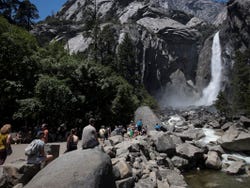 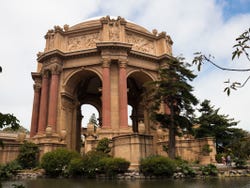 On the first day, we'll meet at 6:30 am on Fairfax Boulevard to board a minibus that will take us through California in search of its most iconic places.

Without wasting any time, we'll leave Los Angeles and head north along the Californian coast until we reach our first stop, Santa Barbara. Here, we'll discover its history and why religious missions were fundamental in the development of the region. Then, we'll visit the charming shops around Solvang and enjoy the scenery along the emblematic 17 Mile Drive.

Finally, we'll visit Carmel, where you'll have some free time to stroll around the streets before arriving at Silicon Valley, to spend the night.

The second day of the tour will be dedicated to exploring the fascinating city of San Francisco. Are you ready?

The morning will begin with a walk along the city's most famous pier, Fisherman's Wharf. Here, we'll take a boat ride around the San Francisco Bay and see the coast from a beautiful perspective. We'll also pass under the iconic Golden Gate Bridge and border Alcatraz Island.

After the boat ride, we will return to the dock and have lunch at one of its fantastic restaurants. Afterwards, we will take a guided tour of the city to see the Golden Gate, Chinatown, Union Square and much more!

We'll start the morning with a delicious continental breakfast, and then hop on the minibus and head to Yosemite National Park, one of the most incredible places in the United States. There we'll enjoy exploring its forests, lakes and waterfalls while taking a walk through these spectacular landscapes.

Afterwards, in the late afternoon, we'll return to Los Angeles back to the starting point.

If you take the tour from November to April, instead of visiting Yosemite National Park, we'll take a guided tour around the beautiful town of Monterrey.

After this, we'll go to the famous Hearst Castle to discover the old fortress full of antiques and learn about its history, including why it became one of the favourite places of the rich in the area during the 20th century.

This tour includes two nights accommodation in a double room with breakfast in the following hotels:

* A reservation for one person will include a supplement.

All of our providers comply with local legislation and applicable health recommendations to avoid the spread of Covid-19. Show more

The activity takes place with a guide that speaks in English, although it may occasionally be done in two languages.

Transport by bus or minibus, depending on the size of the group.

2 nights accommodation with breakfast in 2 and 3 star hotels.

I travelled by myself
Show all the reviews
like

9.50 / 10 125 reviews
Explore filming locations, watch shows and meet characters from your favourite films and series at Universal Studios Hollywood.
US$ 110
Book
like

9.30 / 10 66 reviews
Explore one of the most famous studios in Hollywood, and discover all its secrets with this tour of the Warner Bros studios.
US$ 69
Book