This fascinating site has a number of tar pits that have perfectly preserved many archaeological treasures that scientists have carefully extracted in the form of animal bones from different eras.

Discovered in 1769 by a Spanish explorer, the La Brea Tar Pits have slowly formed over more than 40,000 years due to cracks in the coastal plain.

At first, they were drilled in order to obtain oil and minerals and the asphalt was used to create waterproof materials. Later on the pits were discovered to be of scientific and archaeological value, and began to be analysed thoroughly in search of fossils.

The asphalt or tar that has seeped up through the earth has perfectly preserved some very delicate fossils over the years, something that has made it possible to obtain even the tiniest bones of now-extinct bird species in an impeccable state.

Built next to the La Brea Tar Pits as part of the Los Angeles Natural History Museum, the George C. Page Museum is home to over a million specimens of 650 animal and plant species from the Ice Age.

In the museum, you can see animal skeletons of all sizes, right up to an enormous mammoth! Highlights of the museum include the bison (the largest herbivore ever found), camels, coyotes, sloths and horses.

As well as the exhibitions that display a range of information on the animal fossils found in the tar pits, the museum also has an area set up where you can watch some expert palaeontologists working carefully on the latest pieces.

In the outside area of the museum, life-size recreations of different extinct mammals emerge from the tar pits. There are also tar pits that allow visitors to feel like expert palaeontologists themselves.

The La Brea Tar Pits is an unconventional museum that allows visitors to appreciate the amazing effects of nature and discover an ancient world that we would not otherwise know.

The enormous skeletons to admire and fascinating information to read and learn make it an exciting place for both adults and children. 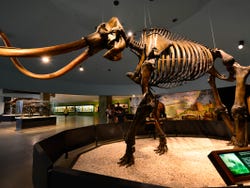 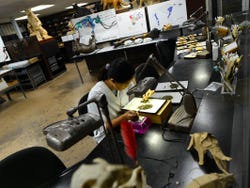 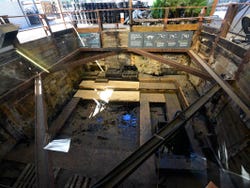 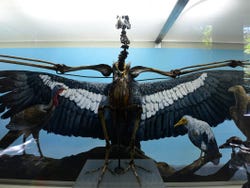 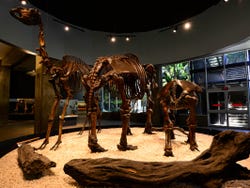 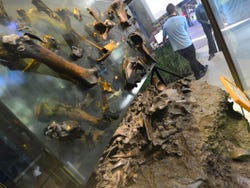