By the middle of the 1950s, the Walt Disney Company was in a little bit of trouble. Aiming to raise money and diversify his business, the movie mogul decided to open a theme park unprecedented in the USA.

On the 17th of July 1955, Disneyland California opened its doors, and was immediately a smash hit. The park quickly became one of the most visted attractions in the USA, after the Grand Canyon and Yellowstone National Park.

These days, the park is as popular as ever, and receives 18 million visitors every year. 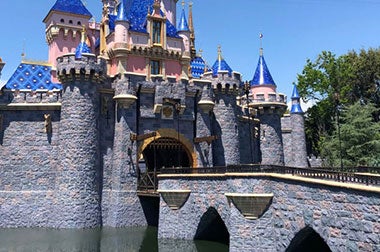 Disneyland Park was the park Walt Disney dreamed of back in the 1950s. See the attractions, price and timetable of the LA Disneyland Park. 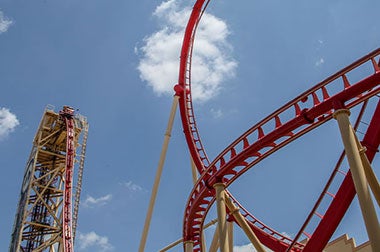 The Disney Adventure Park in Los Angeles brings together thrilling rides, shows, and simulations. Find out about its price, location and opening times.

The best way to get to Disneyland California is by using the metro express, or the 406 bus line, which takes you to the Greyhound bus station, half a mile from the theme park.

From the bus station, the number 10 bus will take you directly to Disneyland California.