The station is decorated with a mixture of styles that bring together Spanish colonial Renaissance architecture with a peculiar Art Deco style that seeks to pay tribute to the historical heritage of the city and give it a modern touch.

In the marble-walled waiting rooms, passengers relax as they gaze out at the interior patios and beautiful gardens filled with colourful plants as they enjoy a unique journey through time.

Originally known as the "Los Angeles Union Passenger Terminal" the station was created to bring together different rail services to meet the needs of the city's growing population.

During World War II the station became an important transportation centre for the movement of troops. After this period, air travel became more common and roads improved, so trains were less popular.

Today, as well as being a notable tourist attraction, the station is an important transport centre that brings together the intercity railway system, suburban trains and metro services, making it a very busy area. 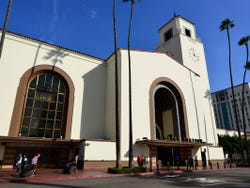 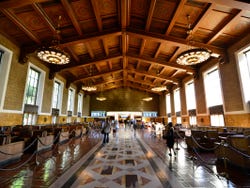 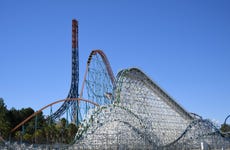 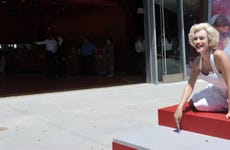