In Los Angeles the bus service is run by two companies, running both the centre and in different areas of the suburbs:

The Metro Bus service is managed by the same company as the metro rail, a bus network with over 200 lines divided into different types:

You can pay in cash if you have the exact amount, but drivers don't carry change.

To use the metro you need to buy a TAP card, which costs around $1 to $2 (depending on where you buy it), and which can be topped up as many times as you want. You can only buy one card per person. 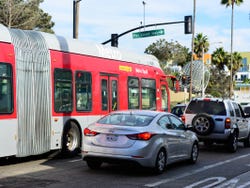 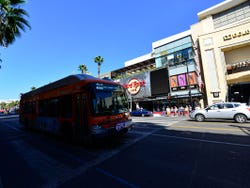