As evening falls, the most puzzling enigmas about Hollywood's haunted hotels and theaters come to the surface. Discover the secrets they hide on this tour of the mysteries and legends of Los Angeles. It'll give you goosebumps! 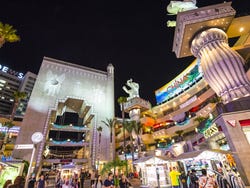 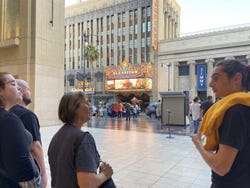 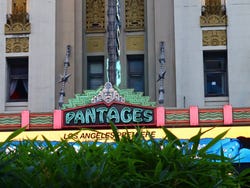 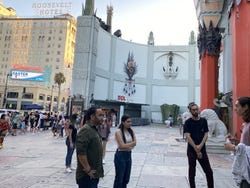 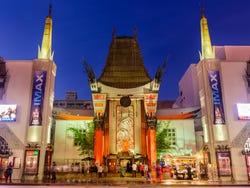 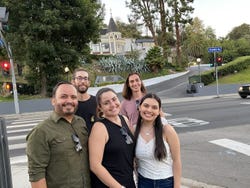 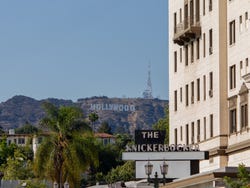 At the indicated time, we'll meet in front of the Hollywood Pantages Theatre to begin an amazing tour of the mysteries and legends of Los Angeles.

It is said that the spirit of Howard Hughes, a famous businessman and aviator who passed away in 1976, still wanders around the Pantages Theatre. Is the legend true? After learning about the history of this famous character, we'll take a walk to The Knickerbocker Hotel: the location of illusionist Houdini's last performance.

We'll continue the tour by observing the famous Hollywood sign from afar while we uncover the dark history of these emblematic letters.

Next, we'll stop at the iconic Roosevelt Hotel, where several witnesses claim to have seen the ghost of Marilyn Monroe. It seems Marylin isn't the only one, however, who has frequented this hotel in the afterlife, as the spirits of other former Hollywood stars have also been perceived here...

After a two-hour tour, we'll conclude this spooky route at the Hollywood and Highland Center, near the crime scene of some dark and gruesome murders. Have goosebumps yet?

Please check local restrictions before traveling. All of our services comply with recommendations to avoid the spread of Covid-19. Show more

The activity takes place with a guide that speaks in English.

Where does the activity end?

Where does the activity end?

9.40 / 10 7 reviews
Explore filming locations, watch shows and meet characters from your favourite films and series at Universal Studios Hollywood.
US$ 110
Book
like

New
Set off east and go on an adventure through the desert on our 2-day trip to Las Vegas & Hoover Dam. We'll see the luxury of Sin City and visit a spectacular man-made phenomena.
US$ 315
Book
like

No rating yet
The Go City Los Angeles All-Inclusive Pass allows free access to over 40 attractions, including the Warner Brothers Studios and Chinese Theatre.
US$ 99
Book