Explore filming locations, watch shows and meet characters from your favourite films and series at Universal Studios Hollywood. Book your ticket for a day of fun in the mecca of movies! 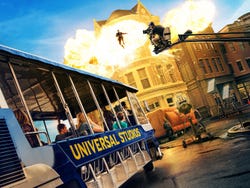 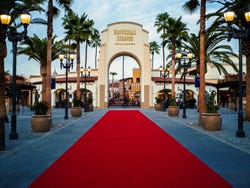 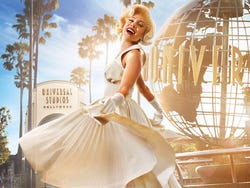 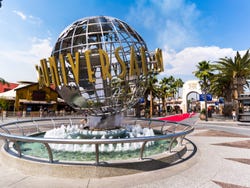 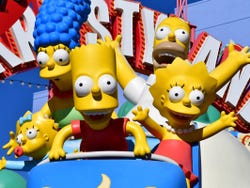 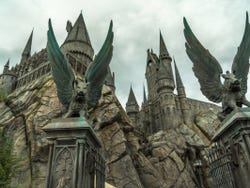 Universal Studios Hollywood is one of the most famous attractions in Los Angeles. Known as "The Entertainment Capital", the park is an unmissable visit for film buffs and anyone interested in experiencing their favourite flicks in real life.

The theme park opened in 1964, however the movie studios have been used for filming for over 100 years. Some of the blockbusters created here include King Kong and Back to the Future. You can also explore the park's various different themed zones based on series and films such as Harry Potter, The Simpsons and the Minions.

This ticket also gives you access to the spectacular shows that are put on for your enjoyment at Universal Studios Hollywood. Marvel at the incredible light show projected on Hogwarts Castle, come face to face with a velociraptor in Jurassic Park and experience the high-tech special effects used in Universal's most iconic films. Sure-fire fun for the whole family!

See the map and opening times of the park via the following link:

When you make your reservation, you'll have the choice between a regular ticket and a VIP ticket. The VIP ticket gives you Skip the Line access to all the attractions at Universal Studios Hollywood, an exclusive tour of the backlots and a guided tour of Hogwarts and Hogsmeade.

What's more, with the VIP ticket you'll also get breakfast and lunch included so you can enjoy your entire day on full energy at the studios. What could be better?

NB: This option is only available for adults and children over 5 years old.

* The price varies based on the chosen date

It is compulsory to display a complete Covid vaccination certificate or a negative PCR or antigen test performed up to 48 hours before. The vaccine must be accepted in the country of activity. Show more

A safe distance of one metre between clients will be maintained whenever possible.

All those running the service (guide, driver etc...) will wear a mask throughout its duration.

Guided tour of Hogwarts and Hogsmeade (only with VIP ticket)

Skip the line access to attractions (only with VIP ticket)

Breakfast and lunch (only with VIP ticket)

Wheelchair accessible. This must be indicated in the reservation.

from
US$ 110
No hidden fees or surcharges
Book

Not refundable. This activity does not permit modifications nor cancelations.

I travelled with friends
10

IT WAS A GREAT PARKS DAY Opinion translated. Show original.

I travelled with friends
10

Excellent offer, no other place had this promotion Opinion translated. Show original.

I travelled with friends
8

I travelled with my partner
Show all the reviews
like

9.30 / 10 66 reviews
Explore one of the most famous studios in Hollywood, and discover all its secrets with this tour of the Warner Bros studios.
US$ 69
Book
like