As the city is known for its popularity among the rich and famous, we tend to think it's expensive to go shopping in Los Angeles, but that's not always the case.

Although some streets like Rodeo Drive are exclusive, Los Angeles offers something for everyone and has many different shopping areas, so you won't have any trouble finding the place for you.

There are plenty of places to go shopping in Los Angeles. Here are some of the main ones:

Frequented by movie stars and full of dazzling shop windows with the top brands, Rodeo Drive is the most exclusive shopping street in Los Angeles.

Although the prices of its boutiques are not suitable for all budgets, we recommend paying a visit just to experience its luxurious dreamy atmosphere.

This area, located in the Fashion District, has countless shops where you can find real bargains. Most stores sell wholesale, but some also sell to high street shoppers.

Melrose Avenue became well known after it featured in the 90s series "Melrose Place". Today it's a major shopping destination with Pop Art exhibitions and shops with the most modern, colourful and alternative clothing, as well as a number of vintage stores.

Built in a former agricultural area where the well-known Farmers Market is also located, The Grove is a pleasant place to visit even if you aren't interested in buying anything. The shops are located outdoors in an atmosphere that's reminiscent of the 1940s, with old period houses and large avenues that give it a special charm. There is also a stand where you can hire a blanket to sit on the lawn and relax.

Founded in 1934 when local farmers began selling their produce directly from their trucks, Farmers Market still retains its charm that captivates locals and visitors. Even if you don't intend to buy anything, it's a pleasant visit.

The Americana at Brand

The Americana at Brand is one of Los Angeles' most popular shopping malls. Built around the idea of a city centre during the industrial era, the stores are located inside establishments with different architectural styles that create a very special atmosphere. The stores are located outdoors and it makes for a pleasant stroll through the gardens and fountains.

Inaugurated in 1982 and subsequently renovated to have the modern appearance it has today, the Beverly Center is an 8-story giant with over 100 stores.

Located at 100 West Broadway, Glendale Galleria is one of the oldest shopping malls in Los Angeles, having opened its doors in 1976. The building has 3 floors and about 200 stores. 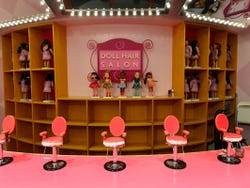 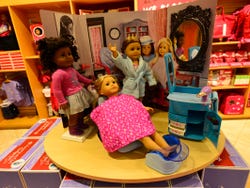 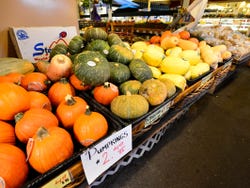 Stall at the Farmers Market 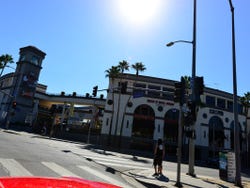 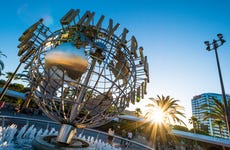 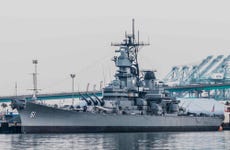 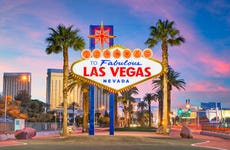 New
US$ 315
show all the activities