In 1994, O.J. Simpson was accused of two infamous murders in Los Angeles. On this tour, you'll find out all about a case that shook the world. 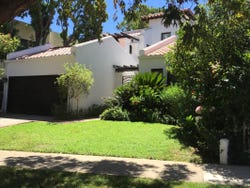 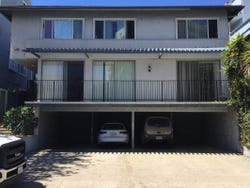 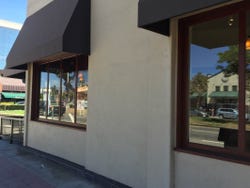 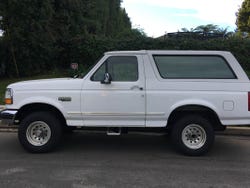 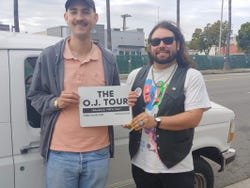 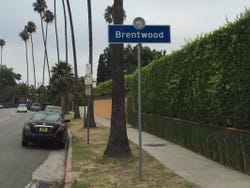 The O.J. Simpson murder trial shook American society and a large part of the world in the mid-1990s. To uncover all of its mysteries, we'll meet at the selected time at 2712 Santa Monica Boulevard. Here we'll hop into a 1994 Ford Bronco: the same model driven by the former football player and actor on the day he allegedly committed these terrible crimes.

The media frenzy that formed around O.J. Simpson and the notorious trial stems from a tragic event that occurred on 12th June 1994. We'll visit the crime scene itself located in one of Los Angeles' most exclusive areas: Brentwood, where two brutal murders were committed.

Our first stop will be at the former home of Nicole Brown Simpson, O.J. Simpson's ex-wife. On this very doorstep, she was stabbed alongside her partner, the waiter and model Ronald Goldman, after unsuccessful attempts to call the police.

The tour will then continue to the Mezzaluna restaurant, where the victims spent their last moments of happiness together. We'll also find out about how their relationship developed, as well as some interesting facts about the trial of O.J. Simpson, who was famously found "not guilty".

After an hour's drive around the city learning all about one of the most famous cases of the last few decades, we'll end the tour at the starting point.

The activity takes place with a guide that speaks in english.

You can book up until 1 hour before the activity as long as there are still places. Book now to guarantee your spot.

Non refundable. You may not cancel this activity.

8 / 10 3 reviews
Discover the best of Los Angeles on this six-hour tour of the city's most iconic neighbourhoods and landmarks: Beverley Hills, Rodeo Drive, the Hollywood sign and much more!
US$ 84
Book
like -10%