We currently don’t have any scheduled dates for this activity.

Check out all the activities in Los Angeles

Explore the streets of Hollywood by bus with our three hour panoramic tour, which stops in places such as the Griffith Observatory or the Beverly Hills Sign. 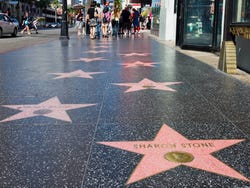 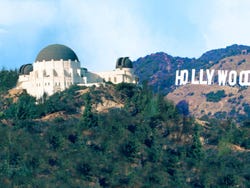 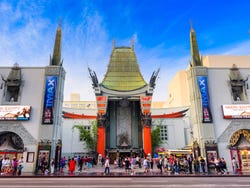 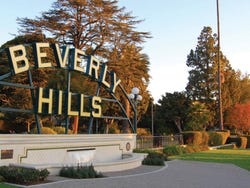 From the first moment you get on board the bus we'll explain the most interesting anecdotes and historical facts about Hollywood, intimately linked to the film industry and its stars.

Over the course of the route we'll stop in emblematic places such as the Griffith Observatory, the backdrop to any number of movies such as the recent La La Land. And you can take an unforgettable selfie in front of the famous letters of the Hollywood Sign as you enjoy unbeatable views of Hollywood and Los Angeles. Then we'll stop for half an hour at the Beverly Hills Sign, to take a photo next to the symbol of one of the most luxurious and elegant neighbourhoods in the United States.

Over the course of the tour, we'll also visit the unmissable sights in Hollywood, mecca for cinephiles. We'll see the famous Chinese Theatre, the emblematic Mulholland Drive, the Bel Air neighbourhood and the houses of celebrities.

With the tour of Hollywood over, we'll get off the bus at the start point, in the middle of Hollywood Boulevard and just around the corner from the Walk of Fame.

Although each tour follows the same itinerary, when making the reservation you can choose between two kinds of transport:

Convertible Bus: allowing you to tour the streets of Hollywood while you feel the breeze of the Pacific. If you choose this option, the tour will begin at 9:30 am.

Minibus: With this option, you can visit the most emblematic points in Hollywood in comfort. If you choose this option the tour will begin at 12 pm.

If you would like a deeper dive into the history of Hollywood, and to tour its most emblematic locations by foot, we recommend reserving the complete Hollywood tour.

We currently don’t have any scheduled dates for this activity.

Check out all the activities in Los Angeles