Located on Mount Lee, the immense Hollywood Sign has become part of the city's identity. Its white capital letters are 45 feet high and 350 feet long.

The sign was created as part of an advertising campaign in 1923 that aimed to announce a new housing development being built in the hills near Hollywood.

The sign originally read "Hollywoodland" and was only going to be set up for a year and a half, but during Hollywood's golden age it became an important landmark that is now an indispensable image of the city.

The sign deteriorated over time, and after various accidents and acts of vandalism, it was repaired and rebuilt without "land", becoming the "Hollywood" we know today. Years later it was restored again with the help of private donations.

There are many places in Los Angeles where you can see the famous sign. Here are four highly recommended options, listed from the furthest point to the nearest.

If you want to get closer to the sign you'll have to walk. The starting point for the different trails is at the top of Griffith Park, and you can access it during the park's opening times. It is currently protected by different security measures and it is not possible to get as close as you might like to. 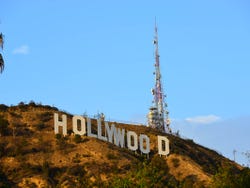 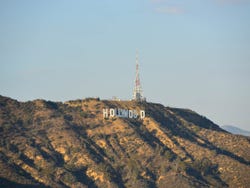 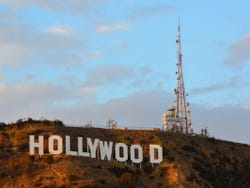 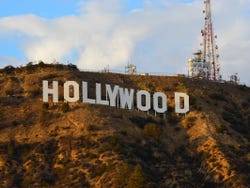 On Mount Lee in Griffith Park.